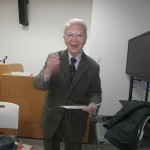 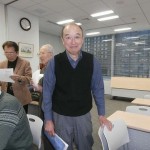 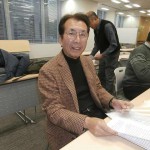 We discussed the interiority of the woman whom she played.

She was one of Japan’s most respected and beloved actresses .Hara came to represent a new type of Japanese woman. She was an idol, with intelligence, depth and authenticity. Hara played female characters who balanced independence and self-confidence with compassion and a sense of duty.

Fans and critics have long regretted. She never made more films. A new generation, in Japan and abroad, will discover the pleasure, complexity and intensity of her work. She left an artistic legacy of over 100 films for people to enjoy.

We will be attracted repeatedly by her movie forever from now on.

We discussed a topic of space probes which many of us dreamed of in our childhood. This time, Akatsuki’s Venus mission was taken up as the subject. One of our members was apparently a scientific boy in his boyhood and talked passionately in detail about the exploration mission to be done by Akatsuki space probe. 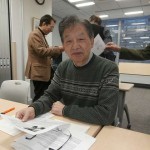 The mission of the probe is to find out more about the Venus’s greatest riddle at present or what causes its atmosphere to rotate so fast, compared with its slow planet revolution. It is known, meanwhile, from the U.S. and Soviet probes launched in the 1960s, that the high temperature or 460 degrees Celsius of the surface is caused by the thick cover of atmospheric condition made of carbon dioxide which brings about greenhouse effect.

For two years from now, Akatsuki will observe the behavior of the Venus atmosphere, and compare it with the climate of the earth.

What do you expect from JAXA ( The Japan Aerospace Exploration Agency ) ?

To expand the range of Japan’s basic research in science and to pass knowledge about outer space on to future generations, the government should boost the budget on space science.

Japan should spend more resources on its own space science projects and focus on areas that can produce significant achievements.

By the way, how did you learn the names and the order of planets in the solar system ?
My Very Easy Memory Jingle Seemed  Useful Named (Planets)
Mercury Venus Earth Mars Jupiter Saturn Uranus Neptune (Pluto )

Leader of this month Miyoko Kishii 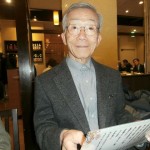 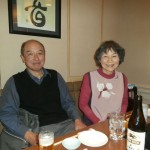